Who May Bring a Wrongful Death Claim in California? 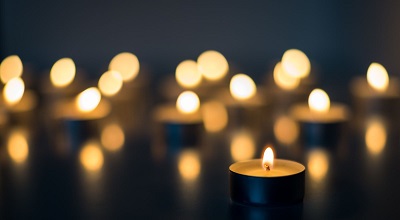 Only certain individuals are allowed to bring a wrongful death claim after a negligence-related death in California. If you've recently lost a loved one, learning if you have standing to bring a claim is the first step in protecting your rights.

Under California law for wrongful death, each heir identified in California Code of Civil Procedure (CCP) Section 377.60 is allowed to recover monetary damages on his or her own ‘behalf for the loss suffered due to the victim’s (decedent’s) death.

Only the persons named in CCP Section 377.60 are permitted to bring a wrongful death action. Relevant parts of CCP section 377.60 (a-b) states as follows:

A cause of action for the death of a person caused by the wrongful act or neglect of another may be asserted by any of the following persons or by the decedent’s personal representative on their behalf:

The key part is CCP section 377.60 (a), which reads in part that “who would be entitled to the property of the decedent by intestate succession.”

The issue becomes whether the surviving parents are individuals “who would be entitled to the property of the decedent by intestate succession” even though there was a surviving spouse. The clear answer to this question is “Yes.” Probate code section 6402 controls the individuals who would be entitled to intestate succession. That section provides, in pertinent part under probate code section 6402 (2)(B) as follows: “Where the decedent leaves no issue but leaves a parent or parents or their issue or the issue of either of them.”

Thus, where a married decedent has no issue (i.e. children) and leaves a surviving spouse the surviving parents and spouse are each entitled to one-half of the decedent’s separate property by intestate succession. While there is no California case authority saying that a parent and a surviving spouse cannot have simultaneous standing (i.e. the right to bring a claim), at least one respected treatise expressly says that there could be such dual standing: “Parents have standing to sue if the deceased victim left no issue. This is so even where the victim left a surviving spouse.” (TRG: Rutter (2007) Personal Injury, par. 3:290, p. 3-296).

To avoid this unfair result, the heirs who file suit have a mandatory duty to include all known heirs. Any heirs who do not want to be included should be named as defendants. Further, any heirs who intentionally omit a claimant may be responsible to such a claimant. Thus, if you bring a wrongful death claim, it is important to advise your lawyer of all possible heirs. In this case, heirs would include the surviving spouse and both parents—who would all need to be included in the lawsuit, even if not represented by the same lawyers.

There are at least three statutes of limitations time deadlines to be concerned within wrongful death claims in California:

Contact Us for a Free Wrongful Death Case Evaluation

JCS Law Firm works with Southern California Wrongful Death clients, helping them recover the full amount of compensation they deserve. Wrongful Death Accidents can occur as a result of semi-truck accidents, car, motorcycle, or SUV accidents, and many other types of accidents.  Contact us today to schedule a free, no-obligation consultation to discuss your case and get started filing your claim. You have nothing to lose and everything to gain with our client satisfaction guarantee!

Be sure to check out our Free E-Book, 10 Things to Know About Wrongful Death Claims in California.

For helpful tips on what to do as your case progresses, sign up for our free newsletter.