Can My Employer Bar Me from Speaking Spanish at My Job?

Most people know employers cannot discriminate based on sex, disability, religion, race, national origin, sexual orientation, and other factors. However, some questions about discrimination become murkier depending on where you live, particularly regarding language requirements. For example, many employees who speak Spanish might hear that their job only allows them to speak English, and it's possible to face reprimands or termination if they speak any other language.

If this applies to you, you may wonder if this is illegal. Let’s look at what the law says. 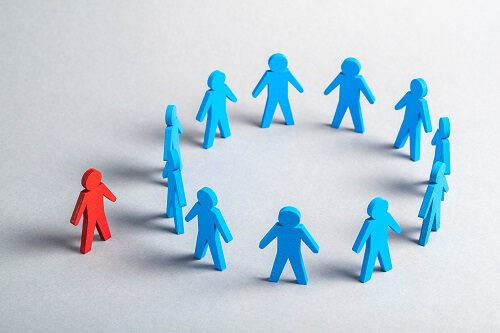 This section in the Equal Employment Opportunity Commission (EEOC) confirms that, depending on the circumstances, an employer might be violating the law if they impose an English-only rule. The law states that an English-only regulation is burdensome, mainly if it's during a casual conversation.

Many employers who impose an English-only rule would apply this to every work aspect, including lunch breaks or other casual conversations. This practice is unlawful, and if you observe it at work, you might have a discrimination claim.

However, if you feel like you’ve been a victim of discrimination, you need to ensure that your situation doesn’t meet an exception.

While an employer cannot bar you from employment for using a language other than English in a casual conversation, there are situations where all employees might have to speak a language out of business necessity.

Here are some examples of exceptions.

Communicating With Customers or Staff Who Only Speak English

If you’re serving customers in an area where customers only know English, an employer has a reasonable justification for only allowing you to communicate in English.

The same sentiment applies to staff communications. For example, suppose a coworker, manager, or other staff member needs to speak to you about business, and they don't know your language. In that case, it's reasonable that your employer would want you to communicate using the same language.

This exception applies further if it's a group project where communication is vital. For example, everyone speaking the same language might be efficient for operations. Finally, this exception is strengthened if it's a project in a short time frame.

Another example of an exception is if there is an emergency. A language barrier may prevent the crisis from being resolved fast enough, causing issues for the employer and endangering the safety of employees.

If an employer has an English-only rule for certain situations, the employer must explain it to their affected employees. If they do not, this could create a liability.

It Needs To Be For Efficacy Reasons

Above all else, any exception needs to be made to run the business smoothly. It cannot be based on discrimination for national origin or other discriminatory reasons.

Have You Been Discriminated Against?

If you feel you are a victim of employment discrimination in your workplace, remember that an employer cannot retaliate if you file a complaint with your employer if you are still employed. Contact us for more information.