How Do You Prove Discrimination And Retaliation In Employment Law Cases In California?

When companies discriminate and wrongfully terminate employees, they almost never explicitly state they are terminating someone because of a protected characteristic such as their race, disability, gender/sex, or national origin. It is unlawful for an employer to harass, discriminate against and/or retaliate against an employee because of his or her protected characteristics under the Fair Employment and Housing Act (“FEHA”) in California. The FEHA provides the main body of anti-discrimination and anti-retaliation laws in California.   Therefore, employment cases are almost always proven by circumstantial evidence. An alternative, or a supplement, to direct evidence is circumstantial evidence that “raises a rational inference that intentional discrimination occurred.”  (Guz v. Bechtel Nation, Inc., 24 Cal.4th 317, 357 (2000)). The “plaintiff must provide evidence that (1) he or she was a member of a protected class, (2) he or she was qualified for the position he/she sought or was performing competently in the position held, (3) he/she suffered an adverse employment action, such as termination, demotion, or denial of an available job, and (4) some other circumstance suggests discriminatory motive.” (Guz v. Bechtel Nation, Inc., 24 Cal.4th 317, 355 (2000)). 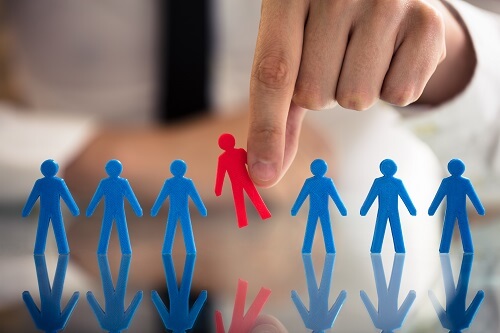 The Guz court took notice of the U.S. Supreme court decision of Reeves v. Sanderson Plumbing Products Inc., 530 US 133 (2000).  In Reeves, the Supreme Court made clear that the trier of fact’s disbelief of the employer’s proffered reasons, coupled with a prima facie case, can support a finding of liability because “proof that the defendant’s explanation is unworthy of credence is simply one form of circumstantial evidence that is probative of intentional discrimination, and it may be quite persuasive.”  (Reeves, 530 US at 147-148.) “In appropriate circumstances, the trier of fact can infer from the falsity of the explanation that the employer is dissembling to cover up a discriminatory motive.” (Reeves v. Sanderson Plumbing Products, Inc., supra, 530 US at 147).  Thus, pretext can be shown by demonstrating “weaknesses, implausibility, inconsistencies, incoherencies, or contradictions in the employer’s proffered legitimate reasons for his action so that a reasonable fact finder could rationally find them unworthy of credence” and hence infer discriminatory intent. (Hersant v. California Dept. of Social Services, 57 Cal.App.4th 997, 1004-1005 (1997)).

Pretext can also be inferred by looking at “the plaintiff’s job performance and how the plaintiff was treated in comparison to other workers.” (Colarossi v. Coty US Inc., 97 Cal.App.4th 1142, 1153 (2002))(citing Flait and Iwekaogwu v. City of Los Angeles, 75 Cal.App.4th 803, 816 (1999)). Moreover, in Loggins v. Kaiser Permanente Internat (2007) 151 Cal.App.4th 1102, 1113, the Court reasoned that a Plaintiff may demonstrate pretext upon a showing that other similarly situated employees did not suffer adverse employment actions when they engaged in similar conduct as the Plaintiff. (Loggins v. Kaiser Permanente Internat. (2007)151 Cal.App.4th 1102, 1113.). In Loggins, an African–American employee was employed by Kaiser for 24 years. Kaiser received an anonymous telephone call to the Kaiser Permanente Corporate Compliance hotline concerning Loggins. The caller reported that, since 2002, Loggins had been using Kaiser's office facilities, materials and resources for work related to Loggins's privately owned boarding home business. Loggins claimed that one week before she was informed of her suspension, she telephoned KPCC’s hotline, identified herself as Dianne Loggins, and complained that she was being harassed and discriminated against because of her race. Loggins argued that there was evidence of pretext because there was evidence other similarly situated employees who also engaged in extracurricular business activities at work did not suffer adverse employment action.

Direct evidence is “evidence which, if believed, proves the fact [of discriminatory animus] without inference or presumption.” (Godwin v. Hunt Wesson, Inc., 150 F.3d 1217, 1221 (9th Cir. 1998). “When the plaintiff offers direct evidence of discriminatory motive, a triable issue as to the actual motivation of the employer is created even if the evidence is not substantial.” Godwin, 150 F.3d at 1221. Direct evidence would be specific, identifiable proof of discriminatory or retaliatory actions taken toward you such as an e-mail that says “We are firing you because of your [insert protected characteristic, e.g. Race, disability, gender, ethnicity, orientation, national origin, etc.].” Employer’s do not provide direct evidence when they are retaliating or terminating you for discriminatory reasons. On TV with criminal shows, one may think that circumstantial evidence means you don’t have a strong case but that could not be further from the truth for employment cases in California. However, in California, circumstantial evidence has the same legal force and effect as direct evidence to prove California employment claims.

The timing of a Plaintiff’s termination is strong evidence of discrimination and/or retaliation.  Timing can be considered strong evidence of retaliation. (Scotch v. Art Institute of California-Orange County, Inc. (2009)173 Cal.App.4th 986, 1020 (“Close proximity in time of an adverse action to an employee’s resistance or opposition to unlawful conduct is often strong evidence of a retaliatory motive.”). California courts look not only to “the timing of the company’s termination decision,” but to “the identity of the person making the decision, and the terminated employee’s job performance before termination.” (Flait v. North American Watch Corp., 3 Cal.App.4th 467, 479 (1992); see also Hanson v. Lucky Stores, Inc., 74 Cal.App.4th 215, 224 (1999).

Discrimination and retaliation in employment cases are proven through circumstantial evidence. Looking at 1) timing; 2) the falsity, inconsistencies, and implausibility of the reason (s) for termination, and 3) evidence of others similarly situated and whether they were fired for doing the same thing you were terminated for can all be used as evidence to prove your employment law case.