When Can You Bring A Claim Against A Government Entity For Personal Injuries For Slipping Or Tripping And Falling?

You can sue either a private entity such as a supermarket or company or even the government if you were injured as a result of a dangerous condition on its property. 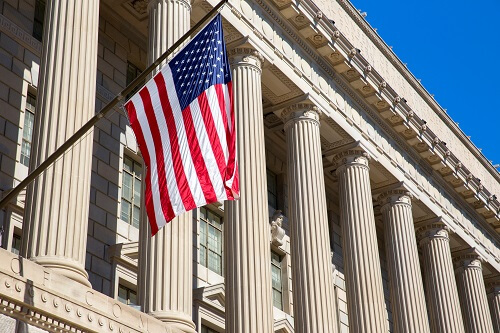 “Liability may attach to a governmental entity if there is a dangerous condition on governmental property. (See California Government Code §§ 830, 835.) A condition is “dangerous” if it creates a ‘substantial (as distinguished from a minor, trivial or insignificant) risk of injury when such property ... is used with due care in a manner in which it is reasonably foreseeable that it will be used. (California Government Code § 830, subd. (a).) Common examples of tripping or slipping on government property include uneven or dangerous sidewalks or potholes or other defects on the roads or walkways of a city or county.

Conversely, a condition is ‘not dangerous,’ if ‘the trial or appellate court, viewing the evidence most favorably to the plaintiff, determines as a matter of law that the risk created by the condition was of such a minor, trivial or insignificant nature in view of the surrounding circumstances that no reasonable person would conclude that the condition created a substantial risk of injury when such property ... was used with due care ...’ in a reasonably foreseeable manner. (California Government Code § § 830.2.)

An initial and essential element of recovery for premises liability under the governing statutes is proof a dangerous condition existed. (Barrett v. City of Claremont (1953) 41 Cal.2d 70, 72–73. The law imposes no duty on a landowner—including a public entity—to repair trivial defects, or “to maintain [its property] in an absolutely perfect condition.” (Ursino v. Big Boy Restaurants (1987) 192 Cal.App.3d 394, 398–399) “[A] property owner is not liable for damages caused by a minor, trivial or insignificant defect in property.” (Caloroso v. Hathaway (2004) 122 Cal.App.4th 922, 927) Some defects are bound to exist even in the exercise of reasonable care in the maintenance of property and cannot reasonably be expected to cause accidents. (Johnson v. City of Palo Alto (1962) 199 Cal.App.2d 148, 151)/

“The trivial defect doctrine originated to shield public entities from liability where conditions on public property create a risk ‘of such a minor, trivial or insignificant nature in view of the surrounding circumstances ... no reasonable person would conclude that the condition created a substantial risk of injury when such property or adjacent property was used with due care in a manner in which it was reasonably foreseeable that it would be used.’ ” (Kasparian v. AvalonBay Communities, Inc. (2007) 156 Cal.App.4th 11, 27) The trivial defect doctrine is not an affirmative defense. It is an aspect of duty that a plaintiff must plead and prove. (Cadam v. Somerset Gardens Townhouse HOA (2011) 200 Cal.App.4th 383, 388, 132 Cal.Rptr.3d 617.)

In determining whether a given walkway defect is trivial as a matter of law, the court should not rely solely upon the size of the defect—in this case, on the depth or height of the walkway depression or elevation—although the defect's size “may be one of the most relevant factors” to the court's decision. (Fielder v. City of Glendale (1977) 71 Cal.App.3d 719, 734) The court should consider other circumstances which might have rendered the defect a dangerous condition at the time of the accident. These other circumstances or factors include whether there were any broken pieces or jagged edges in the area of the defect, whether any dirt, debris or other material obscured a pedestrian's view of the defect, the plaintiff's knowledge of the area, whether the accident *occurred at night or in an unlighted area, the weather at the time of the accident, and whether the defect has caused any other accidents. (Fielder v. City of Glendale, supra, 71 Cal.App.3d at p. 734).

In sum, “[a] court should decide whether a defect may be dangerous only after considering all of the circumstances surrounding the accident that might make the defect more dangerous than its size alone would suggest.” (Caloroso, supra, 122 Cal.App.4th at p. 927, )The court's analysis of whether a walkway defect is trivial involves as a matter of law two essential steps. “First, the court reviews evidence regarding type and size of the defect. If that preliminary analysis reveals a trivial defect, the court considers evidence of any additional factors [bearing on whether the defect presented a substantial risk of injury]. If these additional factors do not indicate the defect was sufficiently dangerous to a reasonably careful person, the court should deem the defect trivial as a matter of law ....” (Stathoulis, supra, 164 Cal.App.4th at pp. 567-568, )

Therefore, whether you have a viable claim against a government entity in California revolves around whether a dangerous condition existed on government property that would not be considered a minor or trivial defect. Under California Government code section 911.2, a claim relating to a cause of action for death or for injury to a person or to personal property must be filed not later than six months after the accrual of the cause of action.