Can I Bring A Wrongful Termination Claim When My Employer Indicates A Legitimate Reason For Justifying My Termination?

What if you believe you were wrongfully terminated based on certain protected characteristics but you also did something that, in and of itself, would have justified your termination?

For example, you believe you were discriminated against for your disability, age, race, or whistleblowing activities, but you were constantly tardy or absent from work and your employer alleges that you were terminated for violating their time and attendance policy? In almost all wrongful termination cases, your former employer does not admit to wrongful termination and puts forward a legitimate reason for your termination. 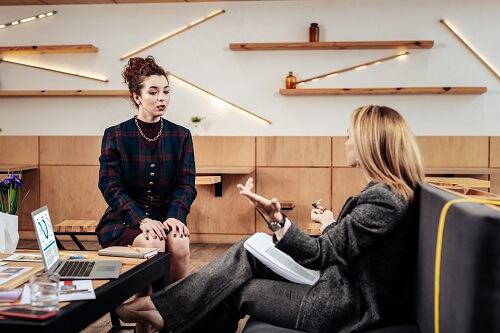 These types of situations can create what is called the “mixed motive” or “same decision” defense. If the employer prevails that they would have fired you for a legitimate reason (such as tardiness) but the employee also proves discriminatory motives, the employer is relieved from an award of damages, but may still be liable for attorney fees and costs and injunctive relief. (See Harris v. City of Santa Monica (2013) 56 Cal. 4th 203, 211). “[A] plaintiff has the initial burden to make a prima facie case of discrimination by showing that it is more likely than not that the employer has taken an adverse employment action based on a prohibited criterion. A prima facie case establishes a presumption of discrimination.

Mixed-motive must be distinguished from pretext though both require evaluation of the same evidence, i.e., the employer’s purported legitimate reason for the adverse action. In a pretext case, the only actual motive is the discriminatory one and the purported legitimate reasons are fabricated in order to disguise the true motive. (See City and County of San Francisco v. Fair Employment and Housing Com. (1987) 191 Cal.App.3d 976, 985). The employee has the burden of proving the pretext. (Harris, supra, 56 Cal.4th at pp. 214-215.) If the employee proves discrimination or retaliation and also pretext, the employer is liable for all potential remedies including damages. But if the employee proves discrimination or retaliation but fails to prove pretext, then a mixed-motive case is presented. To avoid an award of damages, the employer then has the burden of proving that it would have made the same decision anyway solely for legitimate reason, even though it may have also discriminated or retaliated.

What are the consequences of a “Mixed-Motive” Defense?

You are not entitled to economic or non-economic damages

“[U]nder the FEHA, when a jury finds that unlawful discrimination was a substantial factor motivating a termination of employment, and when the employer proves it would have made the same decision absent such discrimination, a court may not award damages, backpay, or an order of reinstatement. But the employer does not escape liability. In light of the FEHA’s express purpose of not only redressing but also preventing and deterring unlawful discrimination in the workplace, the plaintiff in this circumstance could still be awarded, where appropriate, declaratory relief or injunctive relief to stop discriminatory practices. In addition, the plaintiff may be eligible for reasonable attorney’s fees and costs.” (Harris, supra, 56 Cal.4th at p. 211). Therefore, if the employer prevails on a mixed motive defense, you would not be awarded any economic damages such as lost wages or non-economic damages such as emotional distress arising out of your termination.

With the California Supreme Court’s decision in Harris, jurors are now informed that even if they find that discrimination was a substantial motivating reason for the adverse action, if the employer establishes that the adverse action nonetheless would have been taken for legitimate reasons, then [the plaintiff]will not be entitled to reinstatement, back pay, or damages. (Davis v. Farmers Ins. Exchange (2016) 245 Cal.App.4th 1302, 1320−1321). “[W]hen we refer to a same-decision showing, we mean proof that the employer, in the absence of any discrimination, would have made the same decision at the time it made its actual decision.” (Harris, supra, 56 Cal.4th at p. 224, original italics.). Therefore, if there are both legitimate and discriminatory or illegal reasons for your termination, you may not be entitled to any damages arising out of your termination if your former employer successfully proves the “same decision” defense.