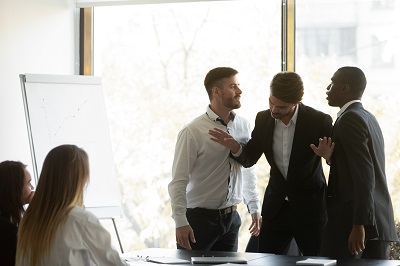 Race discrimination isn't just harmful; it’s a violation of your civil rights and is illegal. Both state and federal laws prohibit employers from discriminating against employee applicants or current employees based on their actual or perceived race (or racial characteristics). Our laws give workers who have faced race discrimination the right to hold their employers accountable.

Have you experienced race discrimination on the job or in a job interview? At JCS Law Firm, our exceptional Los Angeles employment law team can help you understand your legal rights and options and fight for fair compensation for the damages and losses you incurred as a result. Here's what you should know.

The California Fair Employment and Housing Act (FEHA), Title VII of the Civil Rights Act of 1964, and the Federal Age Discrimination in Employment Act (ADEA) both prohibit race discrimination and retaliation for reporting it. However, the FEHA offers the most comprehensive protections for employees. Based on the FEHA, it's illegal for employers to harass or discriminate against job applicants or employees on the basis of race, birthplace, ethnicity, skin color, heritage, or traditionally race-associated hair textures or styles. California recently became the first state to outlaw racial discrimination based on hairstyle. The CROWN Act, enacted through California Senate Bill 188 in 2019, adds traits historically associated with race to California’s list of classifications protected from discrimination.

Racial harassment or discrimination in the employment context is illegal, regardless of whether it's intentional, based on actual or perceived protected characteristics, or due to association with someone of another race or skin color.

Examples of race discrimination in the workplace include:

You can’t protect your rights as a California employee if you don’t know what they are. Request a free download of our employment law guide here.

Contact Us to Request a Free Initial Case Review

Working in an environment that's free from discrimination and harassment is your legal right. Do you need high-quality representation? With our firm, you will always receive the best personalized treatment available in today’s legal world.

The legal team at JCS Law Firm helps protect the rights of California workers and holds discriminatory employers accountable. Contact us today to schedule an appointment for a free, no-obligation initial consultation.

Employment law is complex, and recovering fair compensation for race discrimination can be challenging. If you've faced discrimination, you will need legal representation. Our experienced and skilled legal team can work to build a strong case to prove that you were negatively affected by racial harassment and unfair treatment. Depending on the circumstances of your case, you may be entitled to:

Our California race discrimination employment attorneys can help determine which damages might apply in your situation.